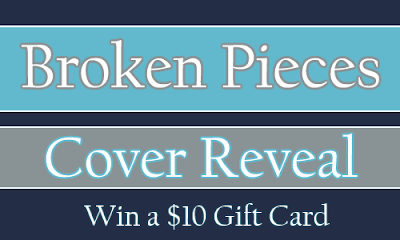 Today we share a cover reveal for author Dawn Pendleton's third and final book in her BROKEN series, Broken Pieces.

Also, the second book in the series, Broken Dreams has a new look! Check it out below! Make sure to leave a comment with your thoughts on the new covers. 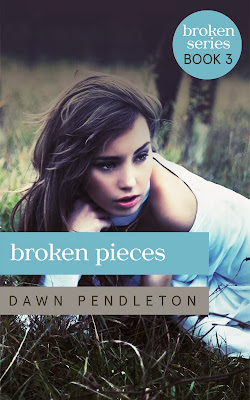 It’s been a rough year for Gabby Peterman. Her best friend’s dad died six months ago, her other best friend has leukemia and isn’t doing well, and her marriage? After three years, it’s more of a joke than a relationships. Despite all the odds, she’s managed to stay strong for the people around her, supporting them through all their trials. But when death strikes again and one of her closest friends disappears, Gabby loses it.

On the verge of a mental breakdown himself, Wolfe Landon will do anything to win Gabby over. But first, he’s going to prove to her just how much he cares and loves her, because losing her will rip out his heart and soul.

Broken Dreams has a NEW cover! 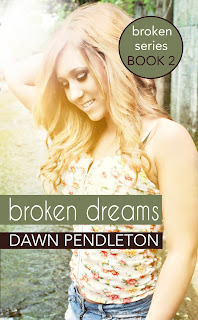 Rainey Daniels has been keeping a secret since she left her hometown, three years ago. The death of a friend’s father, though, has her questioning whether or not running away from her past is what’s best for her future. Add sexy Chris Baker in the mix and she’s even more unsure. After all, life is short.

Baker is an all-around good guy with a great sense of humor struggling to keep his new bar afloat. And he always thought Rainey was hot, even when she carried a few extra pounds in high school. Hell, he thinks she’s too skinny now. He knows she’s hiding something, too, but when he pushes the issue, she pushes him away. He tries not to care; she only wants a summer fling, right? But when her life is threatened, he realizes he may just be in love with her… and then he learns her secret.

Can they find love together before it’s too late?